Public audit plays a key role in providing assurance that public money is well managed and in providing independent and objective evidence on the performance of public bodies. That assurance is important for the public and decision-makers and will become even more important as Scotland assumes greater fiscal autonomy within the UK. We want the public interest, trust and confidence to be at the heart of Audit Scotland’s work.

In her blog to mark Global Ethics Day, Fiona Kordiak, Director of Audit Services, writes about why it's important for us to apply the highest ethical standards in our audit work, and why ethics should guide the daily work of everyone in the public sector.

How public audit in Scotland works 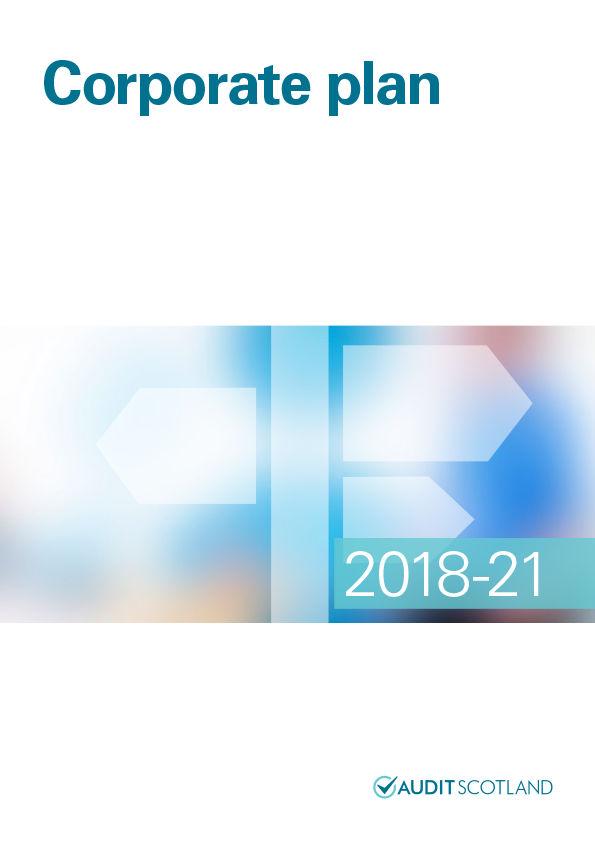 Scottish Government, NHS and further education are audited through the Auditor General who reports findings to the Scottish Parliament

Local government is audited through the Controller of Audit, who reports to the Accounts Commission

The independent appointment of auditors is a strength of public audit and is an important safeguard that helps to ensure that the auditor is free from any potential or perceived conflict of interest or other pressure which may compromise their judgement. More information can be found on our audit appointments web page.

Ensuring quality in our work

Audit quality is the cornerstone of Audit Scotland’s work. All of our work needs to be of the highest standard, meeting international audit standards as well as the requirements of the Auditor General and the Accounts Commission, as set out in the Code of audit practice 2016.

We introduced enhanced quality arrangements in 2017/18 to support independent scrutiny, assurance and provide professional support for the in-house teams and the appointed firms.

We have two teams to support these arrangements: Audit Quality and Appointments, and Professional Support.

This team is independent of staff working on audits. They produced and maintain the Audit Quality Framework which applies to all audit work and providers, and report on audit quality to the Auditor General, Accounts Commission and the public.

The framework combines the highest professional and ethical standards with strong and comprehensive arrangements for: 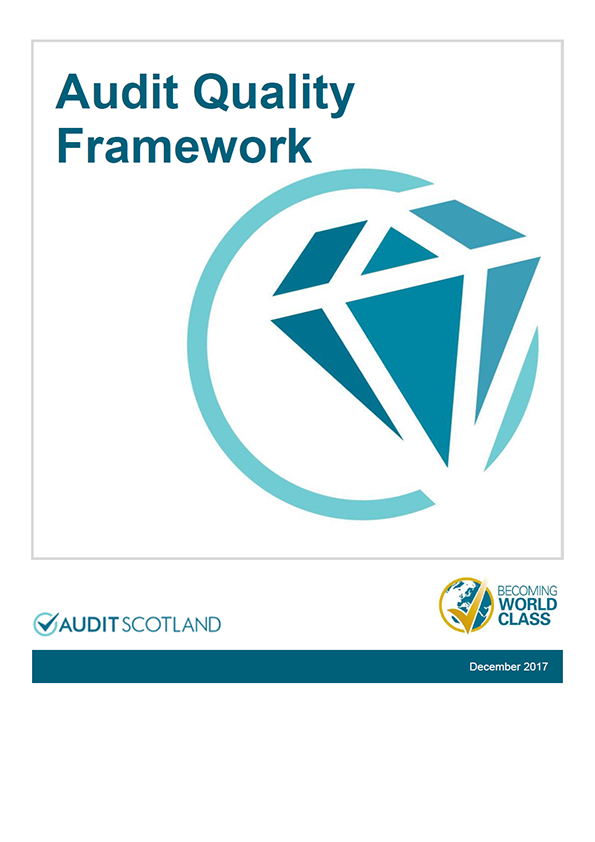 The results of the work under the Audit Quality Framework are published in June each year. The most recent report concluded there is evidence of compliance with auditing standards and the Code of audit practice, together with good levels of qualitative performance and some scope for improvements in audit work delivered in the period 1 April 2018 to 31 March 2019. 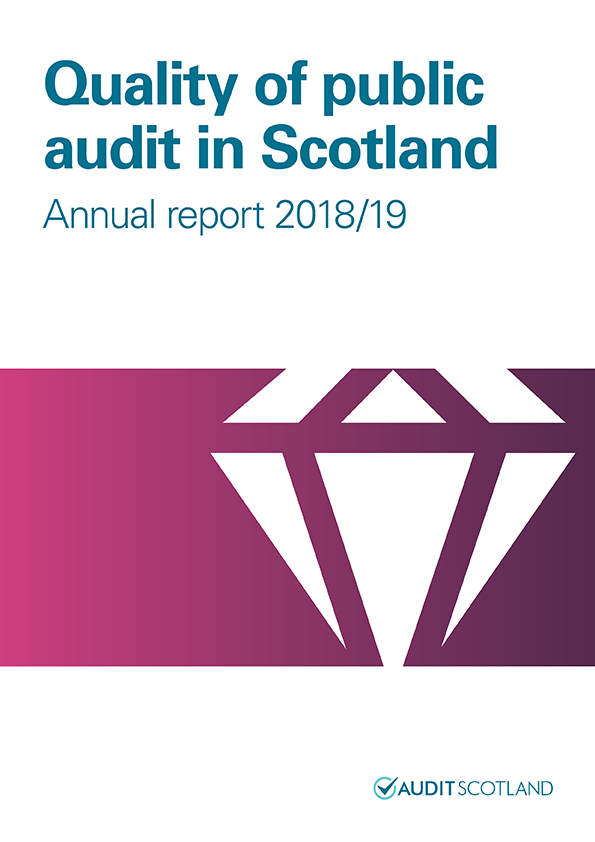 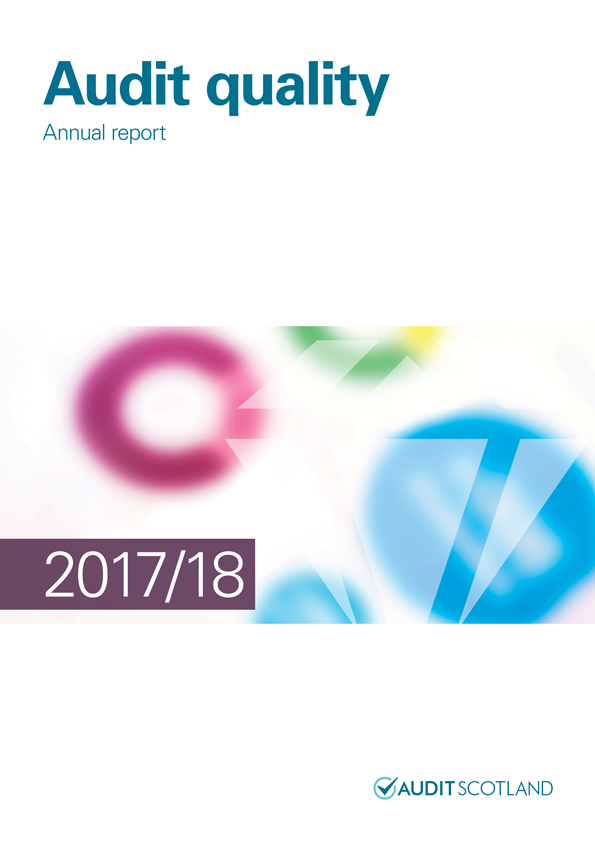 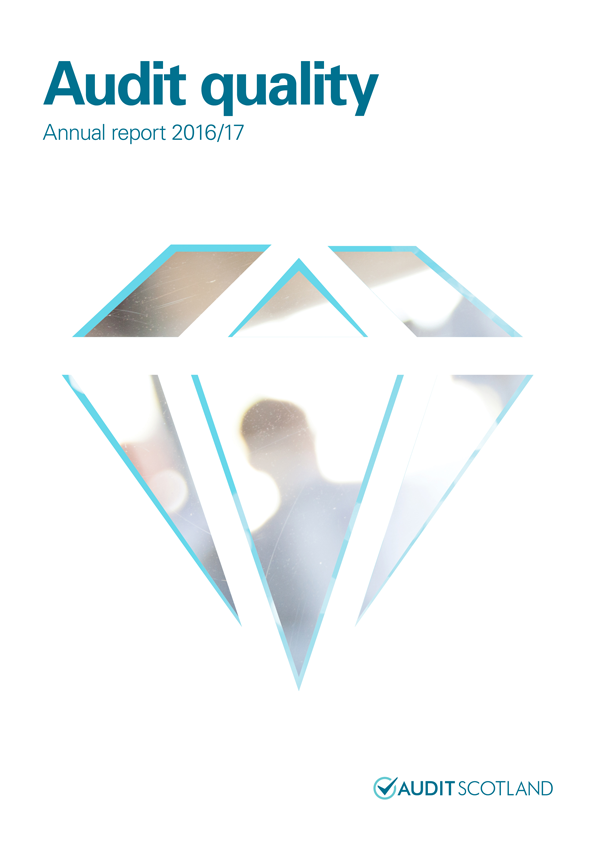 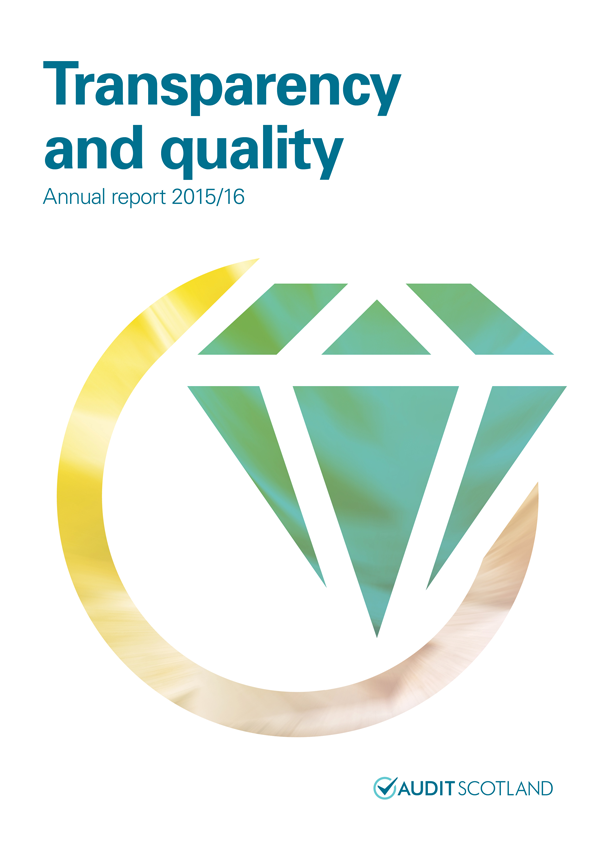 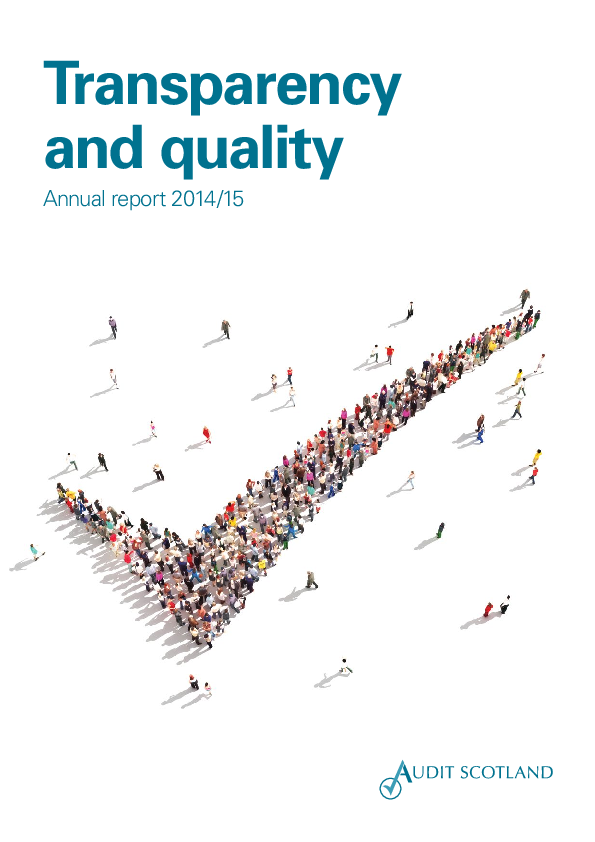 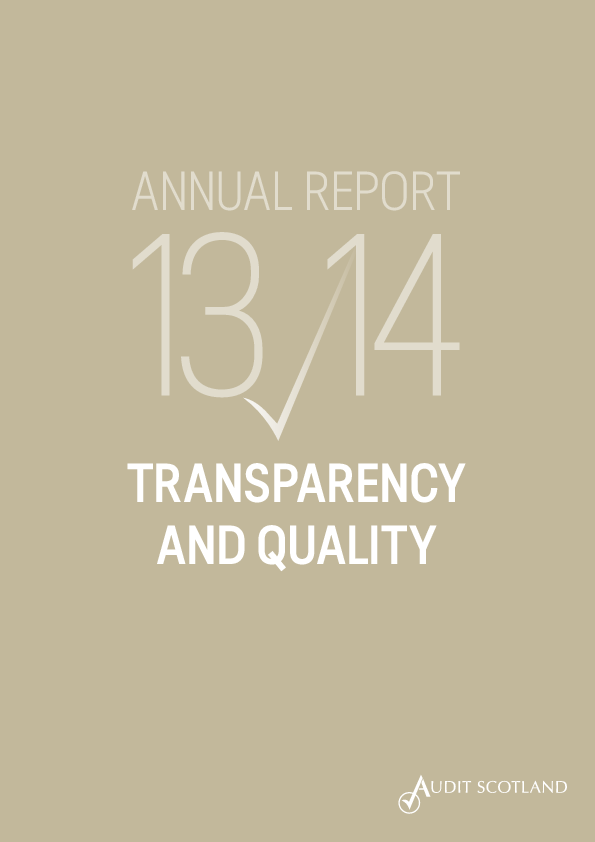 Working closely with Audit Quality and Appointments, the Professional Support team provide guidance, advice and support to auditors. We follow applicable standards from the international standards of auditing (ISAs), and from the International Organisation of Supreme Audit Institutions (INTOSAI). We comply with the Code and related guidance and adopt cutting-edge methodologies and best practice to deliver high-quality audits. We also promote efficiency and effectiveness and support continuous improvement.

We also improve audit quality by ensuring that auditors’ technical judgements are made on an informed basis. More information can be found on our technical guidance for auditors and bodies web page.